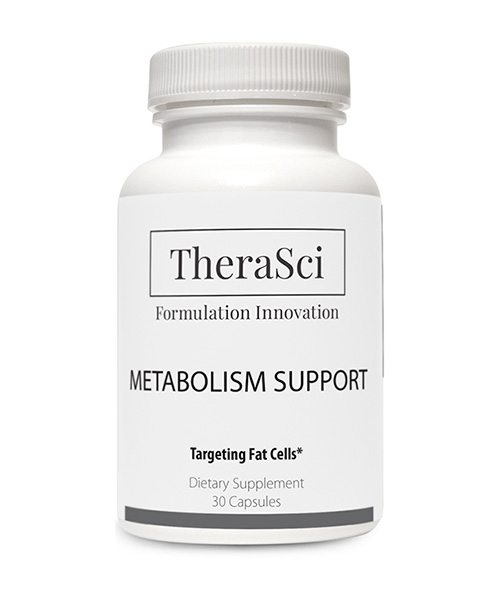 Leptin is an adipose-derived hormone that facilitates communication between peripheral adipose tissue and the central nervous system for the control of appetite and the balance of energy. Leptin is secreted by adipocytes in proportion to their size and number. It is known to indicate satiety, to control appetite, and to participate in multiple regulatory mechanisms. These mechanisms include energy expenditure/metabolism and cell proliferation/differentiation; they also include signal interactions among other hormonal regulators of energy and metabolism, such as insulin.[1,2]

Leptin resistance can occur when the body is overexposed to leptin (through adipose accumulation) and when pathways affecting leptin transport and signaling become disrupted, such as by a high-sugar diet or a high-fat (e.g., saturated triglyceride) diet.[3-6] A body with leptin resistance becomes unresponsive to leptin’s hormonal messages, such as satiety and reduced appetite. When leptin resistance is coupled with excess body weight, resistance to weight loss is common; furthermore, cytokine and metabolic alterations ensue,[7] which can affect many facets of health, including joint and cardiovascular health.

Metabolism Support is a dietary supplement that provides ORALVISC®—a proprietary blend of hyaluronic acid and other glycosaminoglycans. In vitro, animal, and human studies suggest that this formula has an impact on leptin, adipogenesis, and body weight.*

Mesenchymal stem cells (MSCs) are considered multipotent cells, which means that they are able to differentiate into chondrocytes, osteoblasts, and adipocytes in a competitively balanced manner. MSCs play a role in the homeostasis of adipose, bone, and joint tissues; consequently, factors influencing the differentiation of MSCs are of interest to researchers.[8] The effect of ORALVISC on multipotent cell differentiation was tested using primary mouse embryo fibroblasts (MEFs) as a model system. The major finding was that exposure to ORALVISC suppressed spontaneous adipogenesis of MEFs, evidenced by the fact that it prevented the appearance of lipid-filled cells and the expression of adipogenic marker genes. The effect of ORALVISC on MEFs that had been hormonally-induced to differentiate into adipocytes was also tested. In this work, exposure to ORALVISC changed MEFs in the adipose state to a more favorable metabolic and secretory gene expression profile. The observed effects on MEFs produced by ORALVISC were not replicated by the individual ingredients in the formula, suggesting synergy among the formula’s components.*[8]

Obese 25-week-old C57BL6/J male mice were fed 3 mg/day of ORALVISC in order to study the formula’s effect on weight loss. Animals treated with ORALVISC tended to lose more body weight more quickly than those in the control group (n = 7-8 per group). The supplemented mice also showed a higher and faster loss of body fat after switching from a high-fat, pre-study diet to the normal-fat, study diet. At sacrifice, the adiposity index was 30% lower and the circulating leptin levels were 40% lower in the treated animals. The treated animals also displayed reduced leptin gene expression in gonadal white adipose tissue and showed signs of increased insulin sensitivity.*[9]

A double-blind, randomized, controlled study tested the effects of ORALVISC on synovial fluid and serum leptin levels in overweight adults with joint discomfort. Forty patients completed the study; of these, 21 were given 80 mg of ORALVISC daily and 19 were given placebos. After 12 weeks, there was a significant (P < 0.05) decrease between initial and final—and between supplement and placebo—synovial and serum leptin levels, as measured by immunoassay. This result was accompanied by a significant (P < 0.05) reduction in synovial and serum cytokines and chemokines, including IL-1alpha, IL-1beta, and TNF-alpha.[10,11] Significant improvements were recorded in joint comfort and function as assessed by VAS (visual analog scale) and WOMAC (Western Ontario and McMaster Universities osteoarthritis index) scores. Although participants were not told to change any lifestyle habits and their activities were monitored during the study, the supplemented group lost an average of 0.55 kilograms compared to a 0.75 kilogram weight gain in the placebo group over the 12-week period.[10] Furthermore, as shown by post-hoc analysis, participants experienced a significant shift toward healthier blood lipid profiles; in contrast, no significant lipid-profile differences were detected in subjects treated with placebo.* 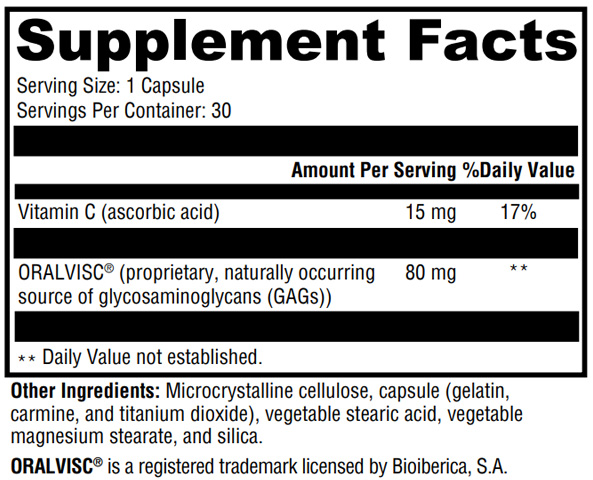 Take one capsule in the morning, or as directed by your healthcare practitioner.